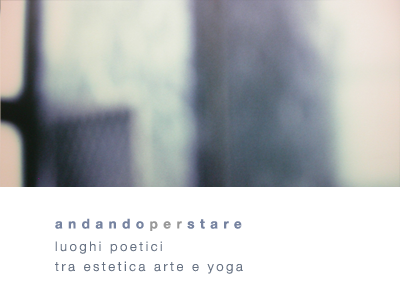 The spiral Is the shape of growth in nature: parts of the flora and fauna, our DNA chain and the galaxies develop through a logarithmic spiral order. Many practices, which insist on the unit of body and mind, return to this form as the movement matrix.

In Yoga, Qigong, visual and performing arts, the golden section, which produces the three-dimensional drawing of the spiral, is the starting point to build a balanced and fluid movement, which can be both safe from the anatomical point of view and responsive to a research that looks at aesthetics as a nourishment for the relationship between the senses and the nervous system.
Similarly, somatic practices, such as Bartenieff Fundamentals, promote spirals, rotatory movements, and swaying figure-8 forms, as paths to full expressivity and interrelation to the inherent three-dimensionality of the world.
The strength of this workshop, thanks to Emanuela and Vanessa’s interdisciplinary backgrounds, lies in the variety and consistency of the proposed instruments. Both yoga teachers, and both active in the performing arts, from these fields they draw methods that refer to aesthetic research and creativity. From the visual arts and somatic-based dance, they adopt an approach, which favours freedom of expression; from yoga and Qigong, a structure to build the path towards self-awareness and a full unity of body and mind.
The contact with the breath is a trusted mean to connect with the nervous system: therefore, within this workshop, the study of the movement is closely linked to Pranayama techniques, which are embedded in classical yoga, Kundalini tradition and Qigong. The use of sound – through ad hoc designed scores or live improvisation -, meditation and imagery experimentation constitute the structure of these two days, which are devoted to the encounter between the senses and intellect. 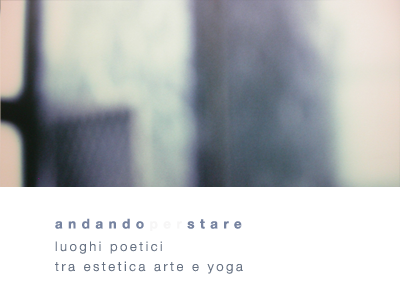